This was a very interesting correct score market trade and I thought I would share the details with you guys.

In general, red cards can ruin every trade and I had two options: 1) get out of the trade and accept the risk on AOHW 2) rebuild the trade. I decided to go ahead with option two. I laid 1-1, 2-1 and 2-0 thinking that Chelsea will score more goals. This move reduced by AOHW liability but I decided to take one more step and backed AOHW at 4.5 odds for €20.

Martinelli unexpectedly made it 1-1 in 63rd minute but it was not the end of the story! Chelsea scored in 84th minute making it 2-1 and I was counting on 3-1 in the end to get that €10 loss (I was sitting on -50!). Instead Bellerin scored in 87th minute and I immediately laid 2-2 where I had a lot of green to work with: 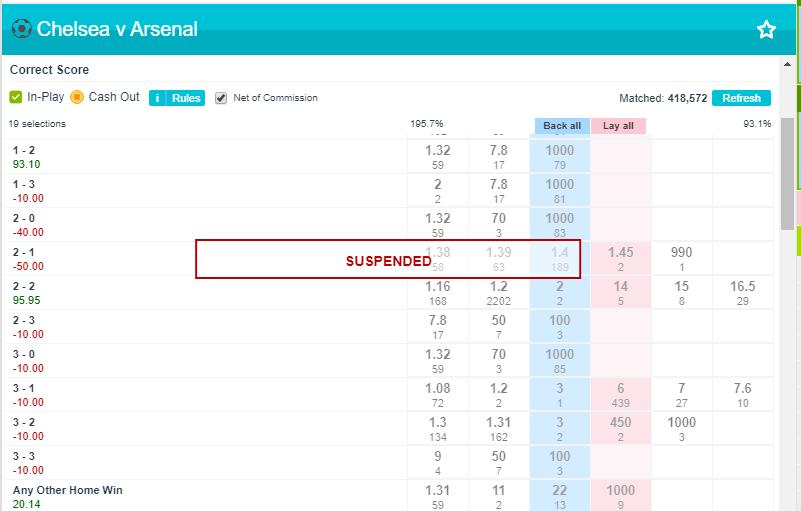 In the end I won €76 in this crazy trade as after laying 2-2 my profit was reduced.

0 clients
wpDiscuz
0
0
Would love your thoughts, please comment.x
()
x
| Reply
We use cookies to ensure that we give you the best experience on our website. If you continue to use this site we will assume that you are happy with it.OK